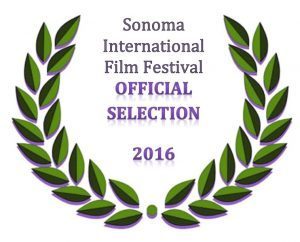 Following the screening will be a Q&A with: James Sadwith — writer/director/producer

ABOUT THE SONOMA INTERNATIONAL FILM FESTIVAL

Now in its 19th year, the Sonoma International Film Festival (March 30 – April 3, 2016) takes place in the heart of Northern California’s Wine Country and will feature more than 90 hand-selected films including independent features, documentaries, world cinema, and short films. All films are shown at intimate venues within walking distance of Sonoma’s historic plaza. The Festival is dedicated to promoting independent film, supporting filmmakers around the world and inspiring film lovers.