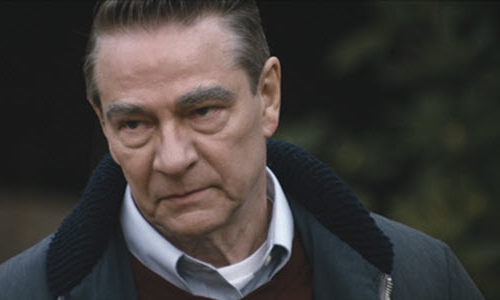 Chris Cooper was always at the top of the “A” List to play JD Salinger.

First and foremost, Chris is a magician. He is a brilliant actor, able to transform himself into characters the likes of which we’ve never seen before.  Breach? Breathtaking. Adaptation? Academy Award winning. American Beauty? Absolutely unforgettable. And the movie I worked with him on – In Broad Daylight? Bedrock solid. Believable. High Noon’s Gary Cooper (Marshall Will Kane) to Brian Dennehy’s Ian McDonald (Frank Miller).

In 1991 I cast Chris in In Broad Daylight – a movie about a psychopathic bully who terrorizes a Missouri town until he is ultimately shot dead in broad daylight in front of 30 witnesses – every one of whom claimed not to have seen the shooter. Chris played a salt of the earth highway patrolman who dared go up against the bully. I loved Chris from the start — serious, soft-spoken, a gentleman, a pro. When it came time to cast JD Salinger in Coming Through the Rye, I still had Chris’ home number in my address book. Baby-boomers will recall those quaint devices (I still have all my old address books).  I remembered that back when we were filming Chris had eschewed Hollywood life and glitz and glamour and lived in a small unassuming town on the east coast. I figured someone like that might still have the same phone number even after 23 years. So I gave that number a call and heard a generic mechanical voicemail saying, “Please leave a message.” After leaving a long rambling message asking if he remembered me and telling him briefly about the project I ended saying, “If this isn’t Chris – sorry.”

Chris responded enthusiastically to the story and to the idea of working together again even though – on a low budget film like this we could only offer him a fraction of his normal fee.

In the weeks leading up to the shoot, Chris searched for any material that would help him get a fix on JD Salinger.  Generally an actor like Chris would study film and tape of the person. Listen to interviews. Watch old news reports.  But for Salinger there was nothing. Nothing recorded of his speaking. Practically nothing filmed of him even walking.  Mostly just studio portraits from his earliest years before he went recluse.

There was only one source Chris could draw on in order to create his JD Salinger. The one person who had met him. That was me.

We discussed Salinger at depth. I related how he comported himself during the two encounters we had together 46 years ago.  I told Chris that Salinger looked like Stewart Granger from the old 50’s film King Solomon’s Mines. That there was something imperial about him. Perhaps it was that I first laid eyes on Salinger as he stood on the second story deck way above me.  But when he came down to the driveway – even in just his white athletic socks – he towered over me. His speech was exacting and precise. Almost professorial. And though he stood tall, he gave the sense of carrying the world on his shoulders. He seemed pained that I was there, that I had gone to all this trouble. Then Chris said something that I thought was genius – that summed up so precisely what I had been trying to convey.  He said, “Maybe Salinger just felt that he didn’t have the answer.” Chris nailed it for me.  The Catcher in the Rye and Holden Caulfield had touched so many people in such a profound way that they sought out Salinger for some connection, for some enlightenment. I was the only person to have made the pilgrimage to his door. He said to me, “Do you realize how many people come to my door? People like you?” People like me… People with hopes. People with dreams. People with nightmares and problems and questions. Salinger knew he didn’t have the answers to any of them. 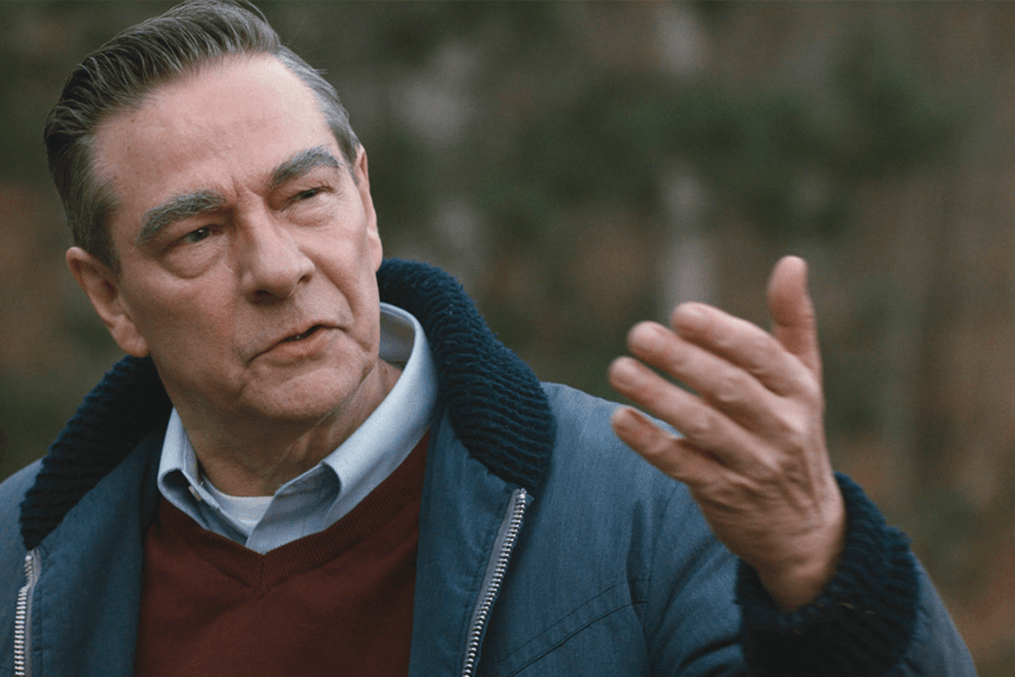 Those who have studied the reclusive author and those who have met him will recognize immediately that Chris Cooper captures the essence of JD Salinger – which is no mean feat considering what little visual and audio clues there are to go on. And that is the magic that a brilliant actor like Chris brings to the world of filmmaking.

To view the trailer for the film Coming Through the Rye use this link.