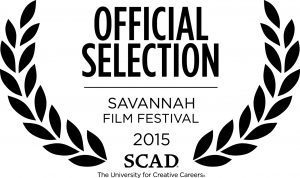 The Savannah Film Festival is presented by the Savannah College of Art and Design (SCAD), The University for Creative Careers

This annual film festival is filled with cinematic creativity from both award-winning professionals and emerging student filmmakers. Each year more than 40,000 people attend the eight day Savannah Film Festival. The festival is host to a wide variety of competition film screenings, special screenings, workshops, panels, and lectures.

Coming Through the Rye will be screened on Thursday, Oct. 29 at 9 p.m. in the Lucas Theatre for the Arts.

After the screening of you are invited to a discussion with director/producer/writer James Sadwith and actors Alex Wolff and Stefania Owen.

James Sadwith boasts a body of work that has won or been nominated for more than 35 Emmy and Golden Globes Awards. He won the Emmy for Best Direction for the miniseries “Sinatra.” Sadwith has also been a Director’s Guild of America Award finalist twice.

Alex Wolff is an award-winning actor, musician, singer and composer. His credits include the TV series “The Naked Brothers Band” and HBO medical drama “In Treatment.” Alex will also be seen in “My Big Fat Greek Wedding 2” and the Netflix film “Candy Jar.” He is a native of New York.

Stefania Owen debuted in Peter Jackson”s “The Lovely Bones.” From 2010 to 2011, she played Puddle Kadubic on Fox”s “Running Wilde.” She then co-starred as Dorrit, Carrie Bradshaw”s younger rebellious sister in “The Carrie Diaries.” Since “Coming Through the Rye,” she was cast in the comedy-slasher film “Krampus.”

Click here to learn more about the Savannah Film Festival.