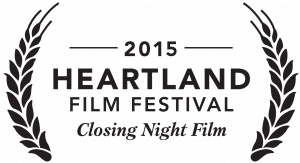 Coming Through the Rye has been chosen as the Closing Night Film.

The Heartland Film Festival is organized by Heartland Film is a nonprofit arts organization founded in 1991 with the mission to inspire filmmakers and audiences through the transformative power of film.

Coming Through the Rye will screen on Sunday, October 25th at the AMC Showplace Traders Point 12. Q&A to follow. There is a party immediately after at the Premiere Pavilion.

Scheduled to attend this screening and party are:

Click here to learn more about the Heartland Film Festival.