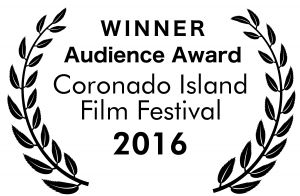 Meet Stefania LaVie Owen and Alex Wolff, co-recipients of Coronado Island Film Festival’s first Rising Star Awards. Both delivered extraordinary performances in the film, “Coming through the Rye” which is based on true events in the life of the filmmaker.

Alex Wolff plays Jamie Schwartz who is not the most popular kid at an all-boys boarding school. Disconnected from students and teachers he comes to believe he is destined to play Holden Caulfield, the main character of “The Catcher in the Rye” on stage and in the movies. He adapts the book as a play and goes on a quest to find JD Salinger.

Stefania LaVie Owen plays the role of “DeeDee.” She travels with with Jamie on his quest, and together they find JD Salinger who is played by Chris Cooper.

Their odyssey to find Salinger becomes a journey of sexual awakening, the discovery of love and the meaning of one’s life.

For more on the Coronado Island Film Festival click on this link.