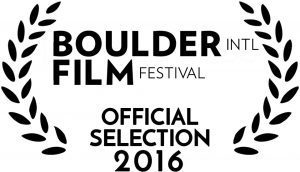 Following the screening will be a Q&A with:
James Sadwith — writer/director/producer

BIFF offers audiences an opportunity to see films from all corners of the world and to learn from a diverse group of filmmakers. Since the inaugural festival was presented in 2005, BIFF has developed a reputation as one of the most influential and innovative young film festivals in the U.S.

An extraordinary number of new films have gone on from early screenings at BIFF to significant box-office success and multiple Oscar nominations. The CFS also inspires tomorrow’s film artists through year-round educational outreach programs, including “World Cinema Days” which bring international film, filmmakers, and presentations to local students; through Schmoozers, our networking event which provides a venue for people involved or interested in the film arts and industry to mix and mingle, and through the CFS Community Resource Program, which provides various forms of no-cost support, resources and mentorship to many arts organizations in Boulder County.